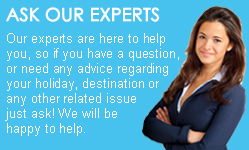 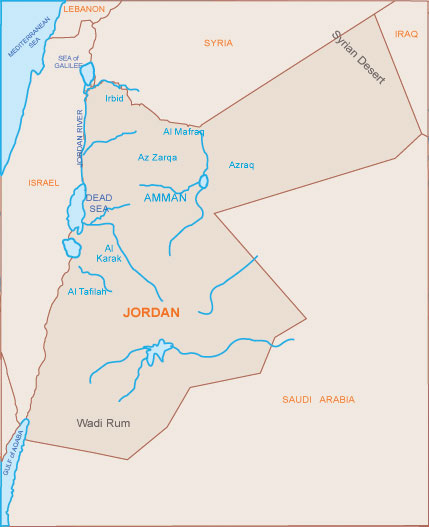 Jordan for the majority of people, is all about the magical and ancient city of Petra. There is no argument that Petra, is a magnificent sight that cannot be missed. While this is the case though, there is more to Jordan than meets the eye. Jordan is known for its rich culture and history that is centred on biblical sites, Crusader castles and Roman cities.

Jordan is not only about its past history, it's capital Amman is known as a modern city that is culturally diverse and it's quality hotels make it an ideal base to explore the north of the country. In the south,  Wadi Rum which provided the backdrop for some of the most memorable scenes of the classic film 'Lawrence of Arabia' offers some of the most exciting and wildest adventures coupled by a backdrop of the desert sands. The brilliant blue coral of Aqaba Gulf and the Dead Sea, the lowest point on earth, make Jordan one of the those sightseeing destinations which make all those who visit the country long for a return.

Jordanians are known as a proud and loving people. They are alleged for their nature to welcome visitors, Jordan is a safe and stable country with close ties to the West, and you will be gripped by the hospitality and courtesy of the country.

Numerous things are to be done and seen while being in Jordan; Petra the magnificent city, lost to the world for thousands of years, is visually stunning and a walk through the Siq until you see the Treasury is an experience never to be forgotten. Petra has been named as one of the new Seven Wonders of the World.

The Citadel, in Amman, is the site of ancient Rabbath-Ammon, and excavations here have revealed numerous Roman, Byzantine and early Islamic remains. The most impressive building of the Citadel, known simply as al-Qasr ("the Palace"), dates back to the Islamic Umayyad period. With a selection of the Dead Sea Scrolls, the remains of an Umayyad city and fine views of the Roman amphitheater.

The natural beauty of the Dead Sea, the lowest point on earth, also known as Salt Sea, is a landlocked lake between Israel and Jordan. Plants or fish cannot survive in the salty water but humans can float in the Dead Sea which makes swimming here a truly unforgettable experience.

Request A Quote
In order to provide you with an accurate quote, all the trip information is required.